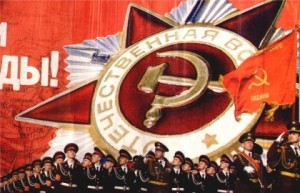 This article was first published in the Hotnews Blog “Contributors”.

Someone recently asked me what’s the main factor that prevents Romania from realising its economic potential and I said, without hesitation, “the inability to delegate”. Delegation is one of keys to running a successful organisation (or countries for that matter) but in Romania the principle of delegation – making people responsible for their work – does not seem to be understood and this is one of the reasons why the public sector is so dysfunctional.

When I was a kid we got invited to lunch by a posh relative. We were a bit intimidated because he was a chairman of a major British company, we had never met him before and he was inviting us (four scruffy brats) to the best restaurant in Edinburgh – The Café Royal.  I summed up the courage to ask him what does a chairman do and he said “play golf”.

I was a bit bewildered by his answer but he was a kind man and he explained: “when the chairman of another company visits, my job is to take him to the golf course. We don’t talk business. We just play golf. When the visitor would leave he would wind down his window in the car park and say a few words about the big deal my managers had been working on – and those few words might seal the deal.” I realised that the job of the chairman is to think, plan, liaise at a high level and do what the Americans call “strategise”.  They spend large amounts of money hiring the best directors so why waste energy micro managing them? They need time and space to think.

Blame it on Lenin

Communists and their successors have never been good at delegation.  My first (and last) work experience in a Communist country was teaching English in Tibet in 1986/87 and then I came to work in “post communist” Romania from 1990.  I was constantly struck by the fact that nobody seemed able to make a decision without referring it to the primar, the judet, the ministry, the government or some absent director.  Workers and managers (and even students) seem afraid to make decisions – to this day.

It was only when I read Dmitri Volkogonov’s biography of the Soviet leaders that I realised that it was Lenin who had laid down the rule that the politburo (the Soviet’s top decision making body) should make all decisions of importance for the whole Soviet Union – including travel decisions for individual directors, minor economic investments, tactical military decisions and so on. The result was that the politburo would go through hundreds of micro decisions every time they met and there would be no time or energy left for serious strategic thought or the development of coherent policy. No wonder the system was doomed.

But doesn’t this sound familiar? Isn’t this how Romania’s government has operated since their “liberation” in 1989?  Romanian’s talk about their government’s conveyor belt (banda rulanta) of new laws that get churned out every week, creating legislative and economic chaos that makes investors despair. And the worst part of it is that Romanians (and the EU) accept this absurd way of passing laws.  If you visit a mayor or a minister in the morning you might spot the secretary coming in with a large stack of important documents that need to be signed; and of course he hasn’t got time to read each document, some of which are major contracts. He has no idea what he’s signing (and it’s invariably a he).

The effect is that the people who should be responsible for signing such papers – directors, managers and inspectors – have no responsibility for what they do. In Romania’s public sector nobody is accountable (and the guys at the top are untouchable by Romania’s weak legal system). Compare this to Scotland, my home country, where building work, for example, is authorised by one individual inspector who is responsible for a specific area of the city.  He knows each building site personally and he has teeth:  he can close down the site, apply fines, or have the builder rip down walls if he isn’t satisfied that the plumbing work underneath is up to standard. None of this happens in Romania where building standards only exist in theory.

For many years I have wondered why Romanians are so good at verbal communications – they tend to be charming and engaging when face to face with someone – but hopeless at responding to emails and written communication.  In the Anglo-Saxon culture, replying to an email is a simple and routine task and people will often write very short statements like “received” or “thanks” or “will get back to you later about this”.  These messages aren’t particularly friendly but they are efficient and you know your message has been received. In Romania the email culture is much more formal and if you write to a public institution it is very unusual to get an answer – as the big boss may have to approve each and every communiqué. I get the impressions that many Romanians take emails a lot more seriously than we do; they tend to think much more carefully about how to respond than the typical Brit would, and that old school-inspired fear is always hanging over them; fear of making a mistake (whereas Brits are used to learning from mistakes, and we make them constantly).

What’s the PR Department for?

Recently I was organising a visit in Romania for a highly experienced British journalist. He asked me to arrange interviews with members of the government.  I quickly found their contact details and within a day I had emailed their PR department requesting a meeting. No reply. I imagined my email causing havoc in these PR departments: “We got an email from a foreign journalist, what do we do?” and the message would be thrown from person to person but never replied to. The decision would have to be made at the top, but the top man is far too busy to look at emails.

I then got on the phone to these people and spent the next two weeks begging for a response, any kind of response (“Just say no” I would beg them).  After two weeks I wrote to the journalist and said “this isn’t working…nobody is replying…you should consider cancelling your visit”.  Of course Murphy’s Law kicked in at that point (of maximum despair) and the various ministers started replying and the various meetings were arranged.

Some people told me that it’s not possible to arrange this kind of meeting in advance because Romanians tend to arrange appointments at the last minute. I don’t agree. I think the problem is one of delegation; Romanian leaders have never learned to delegate; it’s just not part of the culture.  In the west you can contact a secretary or assistant and you will get an answer (probably negative) very quickly. In Romania this is not the case, as support staff are usually not given any responsibility to arrange meetings (or anything else) and the sort of guidelines (e.g. dealing with callers) that would be routine in the west are rare in Romania.

But the underlying factor is that the boss is omnipresent, the boss is great, the boss is so intelligent and energetic that he doesn’t need support staff – who should be very grateful that they have a job at all – and he must take all decisions about anything of importance (as well as lots of things of no importance).  And people in ex-Communist countries have learned that it is risky to question the boss or his orders, as the tradition seems to be that when you become boss you are expected to not only make all decisions but to know everything as well (as if becoming boss makes you more intelligent); when the boss speaks on a subject everyone tends to listen respectfully and not contradict him.  It reminds me of what an Iraqi said about Saddam Hussein just after he was overthrown, “even if they execute Saddam there are another 31 million Saddams ready to take his place”.

When you realise that this inability to delegate is spread across the economy – only the most modern companies are exempt – and that company directors are expected to make the most routine decisions about production, marketing, HR and accounting, you start to realise why Romania is one of the poorest countries in Europe.

Rupert Wolfe Murray is a freelance writer based in Bucharest. He can be followed on Twitter @wolfemurray

4 Responses to What’s Wrong with Romania?