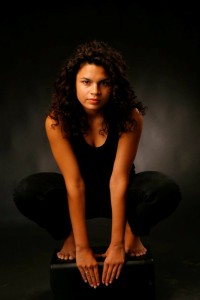 It’s eight fifteen in the morning and I am hurrying towards the underground station at Piata Romana with Alina Serban, the dynamic young Roma actress. Alina has a puppet show at nine o’ clock at a kindergarten in the Militar area and we’re running late. We squeeze into the commuter crowd, change at Piata Victoriei and get another train to Crangasi. She calls her colleague Elena Rotaru, END_OF_DOCUMENT_TOKEN_TO_BE_REPLACED 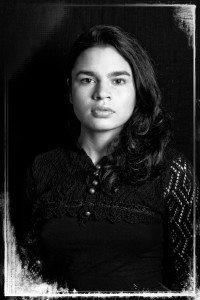 I am from Edinburgh, a city which hosts the world’s biggest theatre festival but is actually a deeply un-cultural place where alcohol and football are far more important than arts.  (If you want to understand Scotland, read Irvine Welsh.)   Like most of my compatriots I know little about acting and have no comment about the ancient Romanian actors whom people here hold so dearly.  But whenever I go to a Romanian play or film, which is rarely as I am unable to resist the escapist attractions of Hollywood, I see great young actors. I recently saw Periphery and was mesmerized by the charisma of Ana Ularu. END_OF_DOCUMENT_TOKEN_TO_BE_REPLACED

My view of the Rroma 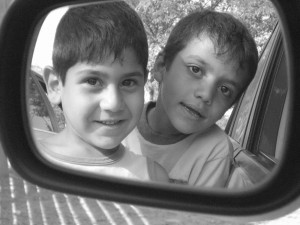 This article was first published in Romanian, on www.contributors.ro

If there is one thing I’ve learned over the last 20 years in Romania it is to not generalise.  Although generalising is fun and it seems to make sense of the world, it results in a narrowness and rigidity of thought that can turn into prejudice. And prejudice can have all sorts of negative consequences.  If you generalise about a population it is a statistical certainty that there is a large number of that population behaving differently to how you have described.  For many years I heard Romanian people telling me that the Rroma people don’t know how to work the land and don’t like to go to school so we made a documentary film called The Land is Waiting which portrays a family of 10 Rroma kids, all of whom work the land and study hard for school and university. END_OF_DOCUMENT_TOKEN_TO_BE_REPLACED

An update about the France-Roma-Romania argument 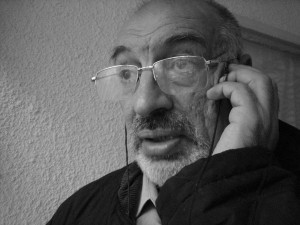 This article was first published on the Economist’s website Eastern Approaches. It is worth looking at the Economist’s version of the article as it has been quite well edited, tightened up and de-personalised and made suitable for the Economist’s more anonymous style.  I intend to print out both versions and compare them as this will enable me to better understand the kind of article the Economist required (this was how I learned journalism 20 years ago: I would analyse articles I really admired and try and work out the style of the publication I was targeting. Easy.  Many years passed before I found out that you could actually study journalism. Back then I don’t think I ever met anyone who had. END_OF_DOCUMENT_TOKEN_TO_BE_REPLACED

“We are extremely alarmed by information from Romania” writes the EU HIV/AIDS Civil Society Forum (an advisory body set up by the European Commission), “the supply of antiretroviral treatment for People Living with HIV is not assured – with some patients having treatment interruption of over a month now, and patients living in rural areas travelling to the capital to queue up in front of the main hospital to obtain treatment”. END_OF_DOCUMENT_TOKEN_TO_BE_REPLACED

A small, alert and friendly young man came in and tried to help me connect. But it still didn’t work, and we ended up on the outside terrace which was the only place (apart from his room) where the wireless signal actually did work. We sat there for hours, despite the rain and cold, and I learned about Siberia.  END_OF_DOCUMENT_TOKEN_TO_BE_REPLACED

Invest in education for Roma minority

A massive investment in education is the only way that the huge Roma minority in Romania can emerge from grinding poverty and marginalisation. If better educated, the Roma people could fill the gap created by the country’s falling population and provide future generations of entrepreneurs, scientists and skilled workers. END_OF_DOCUMENT_TOKEN_TO_BE_REPLACED