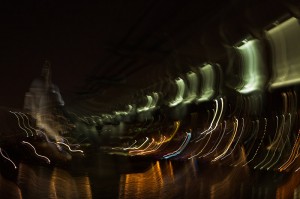 Three hapless MEPs swallowed the bait and when the first invoices were submitted, for an advance of 12,000 Euro, they were called by the Sunday Times and told it was a set up.  The story was published last Sunday and it still dominates the Romanian media because the Romanian MEP refuses to resign from the European Parliament, even though he is under intense pressure to do so and both of his fellow MEPs fell on their swords immediately.

All three of the MEPs were former ministers.  Ernst Strasser MEP, formerly Austria’s Interior Minister, resigned on Monday from the European Parliament and the conservative People’s Party group.  Strasser was placed under immediate investigation in Austria and, if convicted for corruption, risks a jail sentence of between three and 10 years.  Zoran Thaler MEP, a former Slovenian foreign minister, also resigned from all his positions in the EP (and the Socialist Democratic group) – and then told AFP he knew what was going on all along: “From the first moment they made me such an indecent proposal, I knew it was a manipulation intended to compromise and discredit a member of the European Parliament.”

Adrian Severin has been an MEP since Romania joined the EU in 2007.  Romania’s foreign minister in the mid nineties, Severin was appreciated for his role as Rapporteur in Belarus as well as his work with the OSCE. Until this week he was the Vice President of the EP’s Socialist Democratic group.  “Severin moved between the European institutions like a fish in water” wrote Mircea Vasilescu, editor of Dilemma Veche, a Romanian weekly.  A day after the scandal broke, Severin was forced out of his top position in the Socialist Democratic group and a furious Martin Schultz, the S&D leader, told him to resign from the EP immediately.  Severin has also come under intense pressure in Romania where the media are clamoring for his resignation from the EP and his own political party, the Social Democrats, are threatening him with expulsion if he doesn’t do the decent thing.

Despite the increasing political embarrassment for all concerned, Adrian Severin doggedly refuses to resign from the European Parliament.  He told the Romanian press that he had done nothing that was “illegal or against any normal behaviour” and that “we have the right… to work as political consultants, the only requirement being that we not hand out confidential information”.

This refusal to resign is typical in Romanian politics, where corrupt politicians are regularly savaged by the press – to no avail. Resignations on moral grounds, or well documented corruption charges, are virtually unknown in Romania – and bribery scandals are so common that they rarely make international news.  Grigore Cartianu, editor of Romania’s leading daily Adevarul (“The Truth”) put Romania’s approach to corruption into context in an editorial on 23rd March:

“The Severin case shows how important EU membership is. We can’t keep sweeping the dirt under the carpet…imagine what would have happened with such a corruption scandal if Romania hadn’t been a member of the EU. The whole story would have disappeared after one day. The Romanian politicians would have been presumed innocent until proven guilty…Here, for a bribe of 100,000 Euros, and a 12,000 Euro advance, nobody would have resigned. Ever. Those involved in privatization scams and road building tenders wouldn’t have even got out of bed for that money.”

Severin’s fall from grace has resulted in a blizzard of comments in Romania’s media, as well as urgent investigations into how he managed to amass a horde of property, paintings and bank accounts worth over a million Euro. One of the most interesting comments was made by Vladimir Tismaneanu, a Romanian professor of political science at Maryland University’s Centre for Post Communist Studies, who writes for Contributors, a Romanian blog:

“Financial and moral corruption are inseparable, but to Adrian Severin morality is terra incognita…The lesson of this fall from grace is that no politician is immune from the effect of the law, that ethical standards are universal, and however well protected he may consider himself to be, in the end he will have to pay the price.  A bon entendeur, salut…”

A shorter version of this article was published in The Economist’s Eastern Approaches blog, click here to see it.