A lot of money has been wasted by successive Romanian Governments in developing absurd country brands and it certainly hasn’t resulted in more tourists or investors.  Their most recent slogan was “Romania – Land of Choices” and I am still trying to work out what it means. END_OF_DOCUMENT_TOKEN_TO_BE_REPLACED 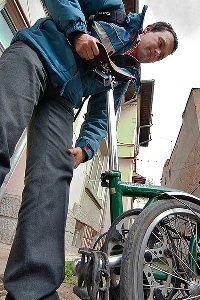 I could hear the taxi driver complaining about how expensive spare parts are for Dacia Logans, “more expensive than the most expensive German cars” he said, and he believes Japanese cars are the best and my Master concurred.  At the airport I was handed to a man in a tie who put me on a revolving machine and then wrapped me in thin polythene until I was hermetically sealed and almost unrecognisable — but then an unseemly argument ensued at the Lufthansa desk about their demand for a 70 Euro fee for putting me on the plane; we went to the cash office where negotiations resumed and the price fell to 35 Euro due to my diminutive stature. END_OF_DOCUMENT_TOKEN_TO_BE_REPLACED 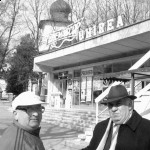 In Romania, as in every country, there are stereotypes about which places are worth visiting. If I tell people I am from Scotland many say they would love to visit Edinburgh but it is rare you hear people saying they want to see Glasgow, which is a more interesting city in many ways. When I travelled round India (20 years ago) everyone said I should avoid Calcutta (now Kalkota) as it is just a vast sprawling slum full of insolent Bengalis. But I found it to be the most compelling place in India. END_OF_DOCUMENT_TOKEN_TO_BE_REPLACED

What I found in Scotland

When I went to Edinburgh recently I expected to see high street shops selling off their stocks at huge discounts and “everything must go” signs.  But I was surprised to find that it looked like “business as usual” and I didn’t see any boarded up windows,  stray dogs,  rubbish blowing down the streets or any other signs that capitalism had failed.   My plan of getting a cheap jacket from a collapsing retail giant were foiled.

END_OF_DOCUMENT_TOKEN_TO_BE_REPLACED

On the one hand my credentials for writing about magic would appear to be good: I come from Scotland, a country which promotes itself as a land of mystery, magic and legend. On the other hand Scotland’s claim to be some sort of home to ancient magic is based on big marketing budgets rather than reality, as Scotland’s witches were burned and drowned and our legends were suppressed for generations. Many Scots would blame this (as well as their other problems) on the English, but who are we to complain considering that it was us who destroyed the Celts and totally eradicated the Picts. END_OF_DOCUMENT_TOKEN_TO_BE_REPLACED

A small, alert and friendly young man came in and tried to help me connect. But it still didn’t work, and we ended up on the outside terrace which was the only place (apart from his room) where the wireless signal actually did work. We sat there for hours, despite the rain and cold, and I learned about Siberia.  END_OF_DOCUMENT_TOKEN_TO_BE_REPLACED

The Balkans by Train

In my view the best way to travel in Eastern Europe is by train.  It is cheap, interesting and relaxing.  But why, you might be wondering, would anyone want to travel across the Balkans in the winter, especially such a cold one as this?  My mission was to sign a piece of paper in Podgorica, the capital of Montenegro.  The job itself took about 20 minutes, most of which was spent hanging around, but getting there took me two nights on a sleeper train and getting back another two nights.  I got the train from Bucharest to Bar, via Belgrade. END_OF_DOCUMENT_TOKEN_TO_BE_REPLACED

Traveling into the unknown

Trying to compete with the west when it comes to tourism cannot succeed if the locations and infrastructure are as poor as they are in Romania. Romania’s beaches and ski resorts are promoted abroad even though they cannot possibly compete with what Turkey, Bulgaria, Croatia and Hungary have to offer – not to mention France, Spain and Italy. END_OF_DOCUMENT_TOKEN_TO_BE_REPLACED

Bran, the Capital of Kitsch

Five days after Romania joined the EU I visited Bran Castle. I was sadly disappointed by the incredible kitsch on display in the carpark, the ruination of the village by uncontrolled banner advertising and an interior that has been ruined by bad restoration. What was an intriguing fifteenth century castle has been reduced to a centrepiece of the kitsch capital of Romania. The Habsburg’s asking price of 60 million Euro is laughable; they would be lucky if they could get 10% of that over inflated value. END_OF_DOCUMENT_TOKEN_TO_BE_REPLACED